Dating apps continue to gain prominence, particularly during the pandemic when face-to-face dating was limited. When matches are found, early communication is generally done through the app's private chat feature.

Can a dating app allow for protections against online abuse without sacrificing privacy?

One interviewee summarized the issue:

"The problem with most dating apps is that female users get a lot of attention – usually the WRONG kind of attention."

A possible solution is hiring moderators who can help police the app, but that can be cost-prohibitive and raise privacy concerns. Another option would be using artificial intelligence to find harassers, but A.I. is also expensive and doesn't always have the context required to make the right decisions, potentially driving up user frustration.

Gamification strategy, a way of motivating and engaging users by establishing rules common to game play, was presented as a potential solution. A community policing model could prove effective as patterns of harassment could be identified and purged from the system.

Inversely, a reward system was developed for good community behaviors that provides badges or other useful feature perks.

The mechanisms put in place continues to help monitor the site and identify serial harassers. The need for human moderators remains, but reduced. User privacy is maintained.

Here's a user journey map which includes a harassment scenario and resolution. 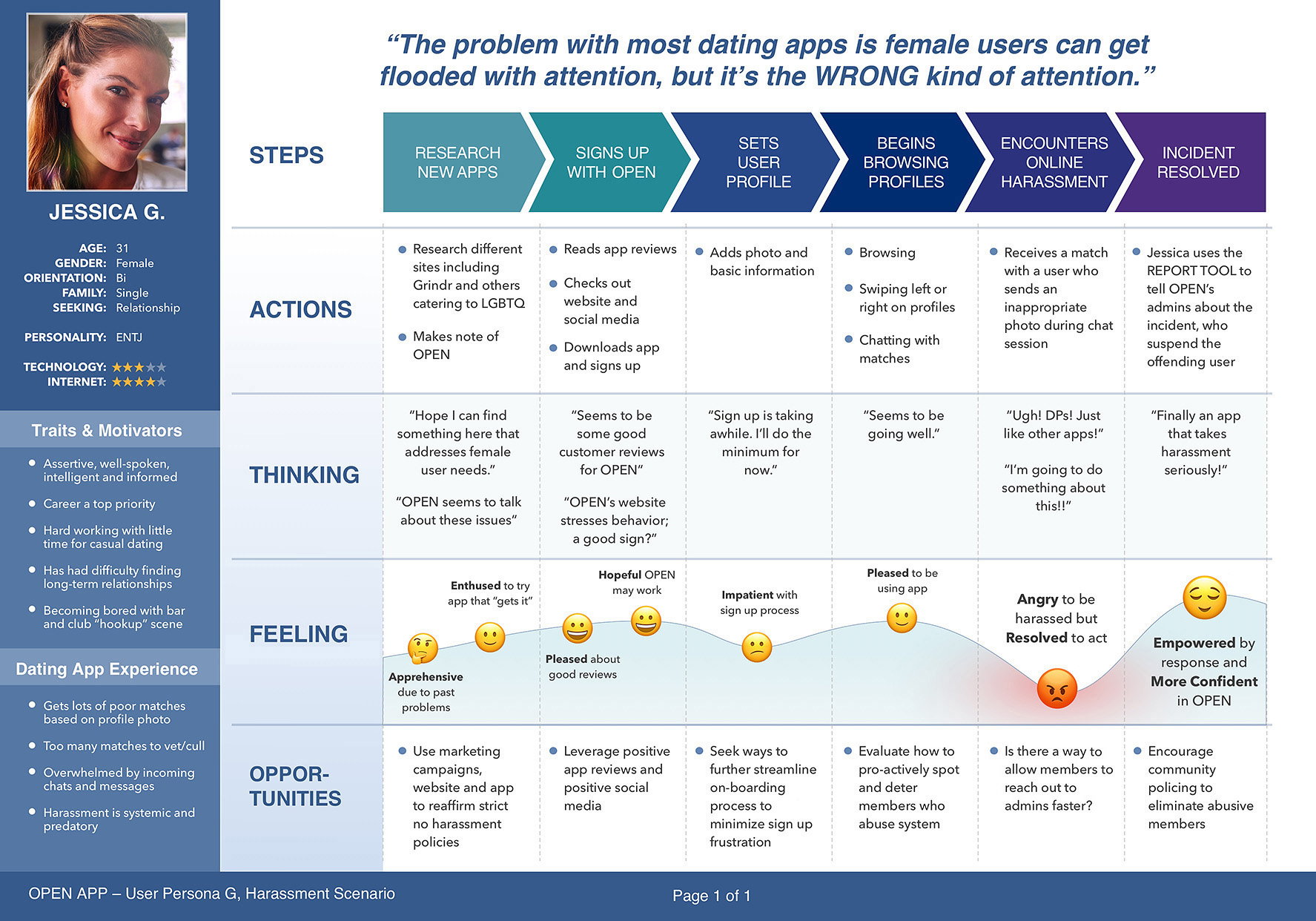 This site designed and built by Jay Kamins for promotional purposes.
All content © Jay Kamins and his wonderful clients and employers. All Rights Reserved.